Vermont PBS has partnered with the Vermont Agency of Education to provide for continuity of learning for Vermont students and school communities during the COVID-19 outbreak, allowing Vermont teachers and students access to free educational resources via television broadcast throughout the duration of school closures.

Vermont PBS broadcasts specialized learning content each weekday from 7:00 am- 3:00 pm on our MAIN channel, and 12:00 pm-5:00 pm on our PLUS+ channel this summer. Combined with the resources found below, teachers and caregivers can develop an at-home curriculum that includes playful linked to learning objectives.

These programs are all available on television according to the schedule, many can be streamed on demand (some programs make require PBS Passport.)

Attention Burlington / Plattsburgh Dish Network subscribers: Our Plus+ and Kids channel have been added to channels 35 and 36 during the At Home Learning programming. Please contact Dish for details and questions.

How to Get Started

We will be updating this page frequently with new schedules and resources.

Select the appropriate channel below

Each program on the schedule will have related resource page which gathers a collection of supports for families and teachers. Education specialists have also organized standards-based resources connected to episodes. Gather and download all materials before watching the programs. These resources will change each week, so be sure to have the latest materials as you plan.

Vermont PBS is proud to support distance learning during this critical time, further extending our mission to families without access to adequate internet broadband by providing similar learning opportunities via broadcast. To create your own FREE PBS LearningMedia account start here and watch Tips for Distance Learning to learn ways to use interactive media and curriculum together. Watch video tutorial below for more info.

Video Tutorial on using this page and Learning Media 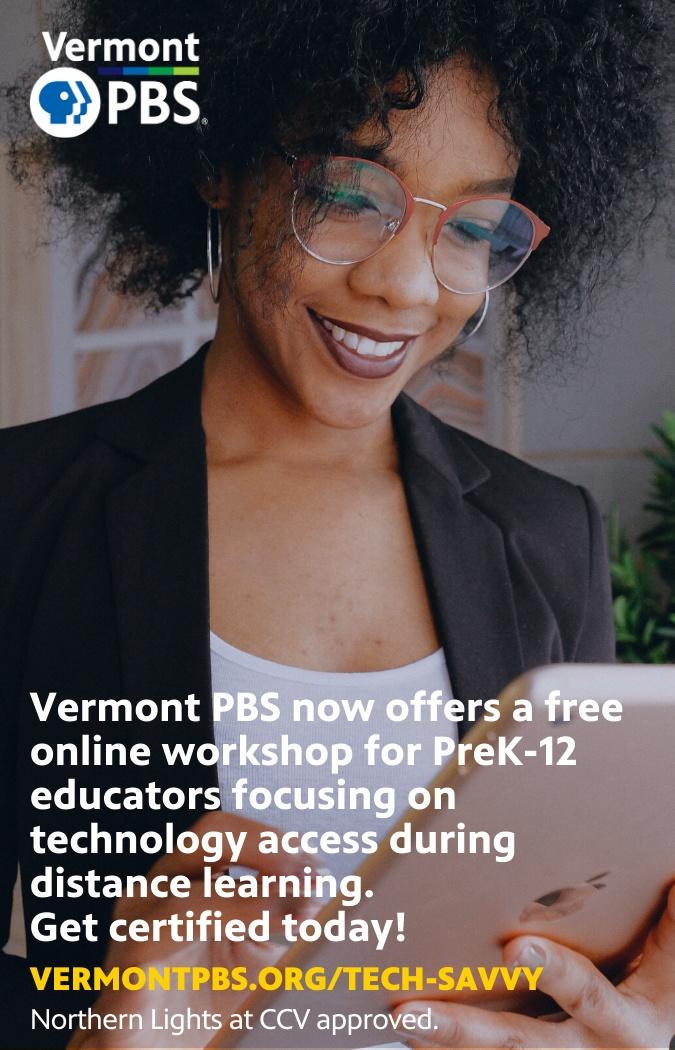 Find more episodes and learning connections on our At-Home Learning Schedule including the Agency of Education’s new Incorporating PBS documents.

Incorporating PBS Into Your Classroom Guides (Preschool to Grade 5)

Use these resources to develop or supplement your students’ at-home curriculum, including activities, assignments and learning objectives. We will continue to create weekly standards-based episode connections along with our NEW Incorporating PBS summaries to ease access points for planning.

Just click on the name of the program to view its accompanying resource page.

Wednesday, July 29 - The Thrill of the Face/Raising the Bar (Algebraic thinking/Graphing)

Thursday, July 30 - The Odd Antidote/The One That Got Away (Measuring, comparison/Number operations; greater than and less than)

Wednesday, August 5 - Over the Map/Lights go Down in City Town

Friday, August 7 - In Search of the Easter Bunny

Monday, August 3 - She is the Moon of Moons/Beats of Beijing (Beijing, China)

Strategy: When it’s not your birthday what can you do? Be a birthday buddy and help out too.

Strategy: Use your words.

Wednesday, August 5 - The Family Campout/A Game Night for Everyone

Strategy: All families are different and that’s OK.

Thursday, August 6 - It is Time to Go/Daniel Doesn’t Want to Stop Playing

Strategy: It's almost time to stop, so choose one more thing to do./That was fun, but now it's done.

Strategy: When you pretend, you can be anything.

Strategy: Clean up, pick up, put away. Clean up every day.

Strategy: Saying, "I'm sorry." is the first step. Then how can I help?

Strategy: It doesn’t really matter what we do. I just like to be with you.

Friday, August 7 - The Lemonade Stand/Mad at the Beach

Strategy: Mad, Mad, Mad. It helps to say that I am MAD!